Recognition to our fine chocolates crafted at origin

For more than a century of family tradition, Luker has developed a portfolio based on the distinct characteristics of the Fino de Aroma cacao originating from Colombia’s cocoa growing regions Tumaco, Huila, Necoclí and Santander, each offering sensory properties unique to the origin. The crafted at origin products go even further than single origin, with the entire chocolate process beginning and ending in Colombia, making sure that more value is generated within the country.

Chocolate producers from around the world participated in the contest, including entrants across several continents including South America, Africa and Asia. AVPA recognises companies and producers who make exceptional products in origin countries – from locally roasted coffee to fine teas and vegetable oils. This year marks the first time the contest has been opened up to chocolate makers in cocoa-producing countries.

The Single Estate El Rosario chocolate is particularly special, as it is the first chocolate Luker crafts exclusively from the production of one of the company’s farms in Colombia. At this farm, Fino de Aroma cacao is grown with the vision of safeguarding biodiversity and generating rural employment in the region.

Camilo Romero, CEO of Luker Chocolate, says: Since 1906 our family has bet on the development of quality chocolate in Colombia. El Rosario farm is the result of a great dream to produce Cacao Fino de Aroma sustainably, protecting the areas biodiversity and serving as a source of development for the local community.

Precisely to express the best of this farm and its origin, at Luker Chocolate, we formulated an extraordinary chocolate with 78.5% cocoa content, subtle citric acidity, and fruity and nutty notes. In this chocolate, you will find a well-defined cocoa flavour and a delicate wine aroma.

It is a great pride for us that this chocolate that we have produced 100% in origin, from the seed to the finished product, has been worthy of this incredible recognition, which expresses what we seek in our company: to rescue the value of chocolates crafted at origin. 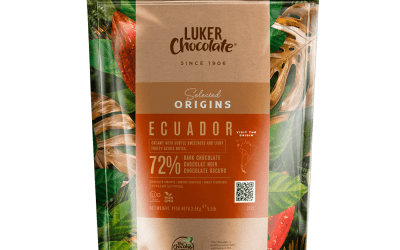 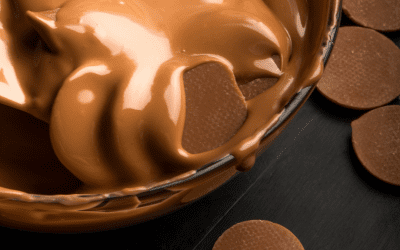 The new caramel chocolate combines Luker’s signature Cacao Fino de Aroma and sustainability practices with one of the most popular confectionery flavours in the world.